The best Destiny 2 Void Hunter builds put ads and opposing Guardians alike up in arms. Focusing on stealth, the Void Hunter is fun to play in raids, Crucible, seasonal activities, and everything else Destiny 2 has to offer.

Destiny 2 overhauled Void 3.0 months ago, following it up with Solar 3.0 and Arc 3.0 upgrades. However, the Void Hunter remains practical and fun to play, rendering it a favourite subclass for Hunter mains in the popular free PC game. Using the power of Dodge and Invisibility, any Hunter can equip these setups. Although, our Destiny 2 Void Warlock builds and Void Titan builds may serve you well also if you fancy a different subclass.

While it’s fun to put together clever builds that allow players to chain their abilities, grenades, and Supers, this build is much more focused on amplifying the Void Hunter’s core skillset. As such, it looks to the St0mp-EES, which, even after a recent nerf, are still incredibly powerful as they increase sprint, slide, and double jump, improving movement mechanics in PvP. Though there are some exceptions, we’ve optimised this build for stat increases.

It also combines with Charged with Light effects, increasing weapon damage with this build.

Use mods that support the types of weapons you use in PvP. Although Bungie is constantly tweaking the weapon meta, this will generally mean hand cannons, shotguns, fusion rifles, and rocket launchers. You’ll also want to use the following:

Many Destiny 2 players believe that, even with the Arc and Solar updates after the Void elemental subclass rework, Void remains the most powerful subclass element in the game. While all have their places, Void, in particular, has numerous synergies that make it incredibly easy to chain abilities, Supers, grenades, and weapon kills for maximum DPS.

With the Hunter class, players can set up their Void characters to cycle invisibility, which means they’ll constantly be able to avoid enemies and escape damage from powerful enemies. But this build takes invisibility even further, supercharging it with Aspects, Fragments, and Exotics. Although we’ve discussed a similar base build before in our guide covering the best Destiny 2 Hunter builds, we’ve amended the build taking into account suggestions from YouTuber Plunderthabooty, who adds a powerful Exotic weapon to add to this lethal combo.

With this build, Invisibility will also cause a 35% damage buff, so it’s essential to keep chaining it as much as possible. 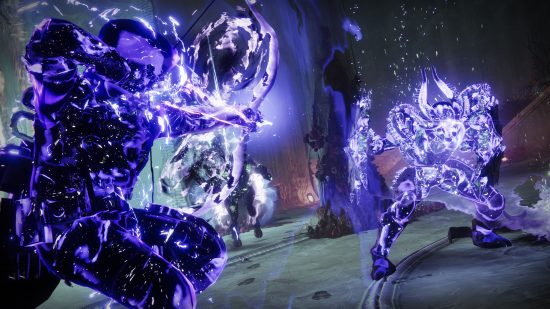 Masterwork your armour to maximise Power Level and armour stats, and improve these numbers by equipping mods that increase specific stats.

Void weapons will make the strongest possible version of this build due to Echo of Instability. However, the following weapon can make the build even stronger. 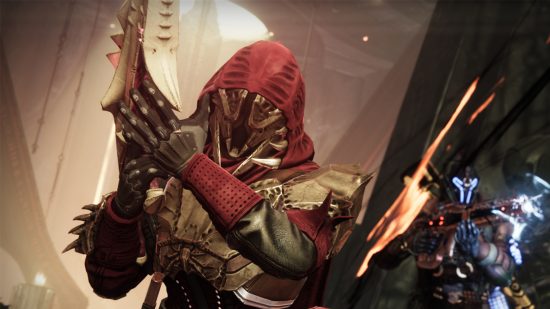 These Destiny 2 Hunter Void builds are extremely powerful, but there’s no limit to what you can do in terms of tweaking and customising these kits to fit your specific playstyles. If you enjoy switching up your character classes from time to time, you’ll also want to check out our best Destiny 2 Titan builds and best Destiny 2 Warlock builds for more ideas about how to build a character that will destroy all your enemies with ease.