The Hogwarts Legacy map allows fans to visit many of their favourite locations around the wizarding world. Whether you want to grab a drink in Hogsmeade, do some shopping in Diagon Alley, or just wander the gorgeous landscape, there’s something for you.

In the run-up to the Hogwarts Legacy release date and subsequent Hogwarts Legacy early access period, Warner Bros. and Avalanche Studios have been revealing new trailers and gameplay details, and in one such clip, we got a glimpse of just how huge the Hogwarts Legacy map is. Not only is it big, but we can see the open-world game is visually stunning too – Hogwarts Legacy has the potential to be one of the best PC games of 2023.

Despite being called Hogwarts Legacy, we already know that a lot of the story takes place beyond the walls of the famous school, with the Forbidden Forest and the village of Hogsmeade among some of the places revealed so far, and we even know when in the timeline Hogwarts Legacy takes place.

In the official behind-the-scenes video, we see a snippet of the huge map. This brief glimpse of the Hogwarts Legacy landscape sprawls far and wide, with the tiny houses providing some perspective of the size. Considering we know there are Hogwarts Legacy characters in Hogwarts, Hogsmeade, and Diagon Alley, and they’re nowhere to be seen here, we can infer that this is just a fraction of the map as a whole. 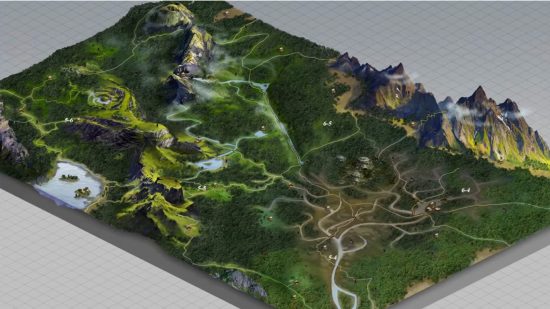 In this open-world adventure, this entire area can be explored. In a recent gameplay showcase, game director Alan Tew said, in reference to the land surrounding Hogwarts, “everything that you see is a place that you can visit”. If you want to see everything in Hogwarts Legacy, you’re going to have to do a lot of travelling. 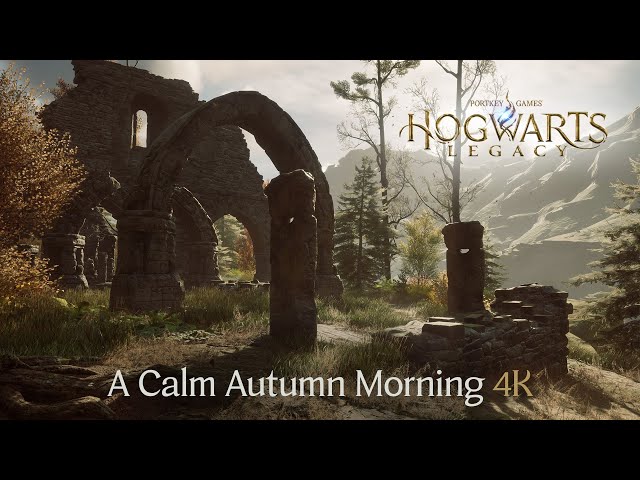 In a series of ASMR videos on the Hogwarts Legacy Youtube channel, we get an even better idea of just how glorious and expansive the in-game landscapes are. In A Calm Autumn Morning, we take a stroll down cobbled paths and look out over pumpkin fields, and you can see the attention to detail that has been put into these gorgeous locations. 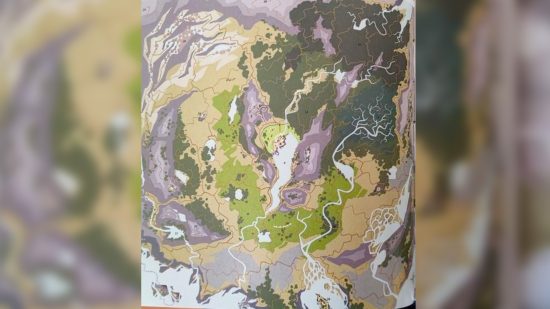 It looks like a Hogwarts Legacy art book has leaked ahead of time on Reddit, revealing details previously unknown about the game. The following information doesn’t come from an official source, so we highly recommend you treat this information sceptically.

We’ve had a chance to look at a fraction of the Hogwarts Legacy map in an official video, but now we can see where that map segment fits in with the art book leak. If the previously revealed green area fits onto the leaked map, that means there are at least two-thirds of the map that players have yet to see. 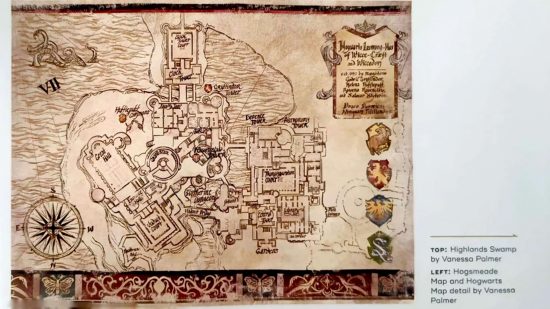 The art book also revealed the Hogwarts Castle floor plans, with each key location highlighted on the map. We knew a lot of these locations would appear in the game already, but this leak now confirms exactly where players can find these locations in-game. Judging by our knowledge of the Harry Potter movies, it looks like the devs have recreated the castle’s layout as seen in the films.

Aside from roaming the glorious green expanses of the Scottish Highlands, there are plenty of locations to visit in Hogwarts Legacy. While we won’t know about every place we can visit in the action-adventure game until we get our hands on it, there are some we know about from trailers and gameplay clips.

Here is every Hogwarts Legacy location we know about so far:

The Hogwarts map is always visible as it appears in the form of a minimap on the HUD, showing where you are in the world. That said, the minimap can be disabled if you want to be fully immersed in your surroundings.

We also know that fast travel is possible, simply head to Hogwarts Legacy Floo Flame locations to be able to travel to any other Floo Flame that you have previously unlocked. So, while you shouldn’t have to spend too much time walking around if you don’t want to, we won’t blame you for spending some time taking in the scenery.

That’s everything we know about the Hogwarts Legacy map and where it will take you. When you aren’t up for roaming the wizarding world and would rather stay in, make yourself at home in one of the Hogwarts common rooms, or head to the secret duelling club and practise your Hogwarts Legacy spells – you’ll need them when facing the dangers of the Forbidden Forest and beyond.

The creator of the Harry Potter series, JK Rowling, has made a number of transphobic remarks on social media in recent years. While WB Games says “JK Rowling is not directly involved in the creation of the game”, it is based on her work and it’s still unclear if she will receive royalties from its sales. If you’d like to learn more about transgender equality or lend your support, here are two important charities we encourage you to check out: the National Center for Transgender Equality in the US, and Mermaids in the UK.