Is Harry Potter in Hogwarts Legacy?

Is Harry Potter in Hogwarts Legacy is a question on all our minds. After all, The Boy Who Lived is why we Muggles even know about the magical School of Witchcraft and Wizardry, as Hogwarts itself was introduced to us through his own eyes all the way back in 1997 (feel old, yet?). And let’s not forget the incredible Harry Potter games from the early noughties and their hilarious, clunky graphics, which will never be forgotten. All of this, of course, leads us to wonder whether our favourite bespectacled wizard will join us at Hogwarts this time around.

As it’s not just Harry, what about his now famous friends Ron and Hermione? Perhaps even Hagrid? Will they appear as playable Hogwarts Legacy characters or NPCs in the long-awaited spinoff that has the potential to be one of the best PC games this year? Can we expect to meet an entirely new ensemble of wand-wielding witches and wizards in the Hogwarts Legacy commons rooms, classrooms and halls?

The answer is actually the latter. You will meet a brand-new cast of characters as you work your way through your magical education. Sadly, Harry Potter is not in Hogwarts Legacy, and neither are his well-known school friends, for one simple reason – none of them has been born yet.

We know from the official website that Hogwarts Legacy takes place in the distant past, over 100 years before Harry Potter’s birth in 1980. This means we are unlikely to see many of our favourite faces from the franchise.

Albus Dumbledore and Fantastic Beasts’ Newt Scamander were both born late in the century so they could make an appearance, but we wouldn’t recommend getting your hopes up. Warner Bros has confirmed that the Hogwarts Legacy story – while, of course, inspired by those written by JK Rowling – is not her creation. The Hogwarts Legacy frequently asked questions page states the following: “The story showcased in the game is not a new story from JK Rowling,” so we don’t anticipate seeing many of her original characters in the game. 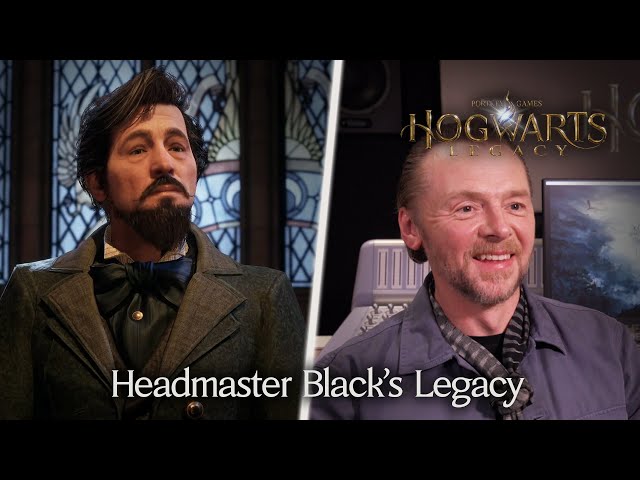 So which characters will be in Hogwarts Legacy?

The playable character in Hogwarts Legacy is completely customisable, right down to your combat style, so you can make your experience your own. You’ll even be able to choose the house you join – suggesting that it won’t be chosen for you.

While we still don’t know much about the other characters that appear alongside you as you study, we have met some in the few gameplay videos revealed to date. Instead of the adorable, bumbling Pomona Sprout, herbology is seemingly taught by a young, sweet redhead while an older, jolly gentleman leads you in charms. Other characters in Hogwarts Legacy so far include fellow students, such as your companion, Natsai Onai, and Slytherin mischief-maker Sebastian Sallow, and you can check out the Hogwarts Legacy cast list here.

Finally, the single returning character we know of so far is the one-and-only Nearly Headless Nick. Killed in the 1400s, Nick, of course, is old enough to appear in Hogwarts Legacy and can be seen in one of the recent gameplay trailers.

The creator of the Harry Potter series, JK Rowling, has made a number of transphobic remarks on social media in recent years. Warner Bros. has the licence to make games based on Harry Potter. While the details of that deal aren’t publicly known, and WB Games says “J.K. Rowling is not directly involved in the creation of the game”, it is likely that, as the creator and owner of the Harry Potter IP, she will earn royalties from its sales. If you’d like to learn more about transgender equality or lend your support, here are two important charities we encourage you to check out: the National Center for Transgender Equality in the US, and Mermaids in the UK.