Want to don the coolest Minecraft Spiderman skins? Who knew there were so many costumes for the friendly neighbourhood superhero and his villains? They take inspiration from comics, movies, and even games. If you want to rock these outfits in Minecraft, it’s quick and easy to switch them out using the Bedrock Edition’s character creator.

If you’ve binged the first three Spider-Man films, you can suit up in the classic red and blue suit in the crafting game. If you’ve watched the latest Spider-Man film, No Way Home, then you whip out the gold-adorned Spidey skin. Or if you’re a fan of the Miles Morales Spider-Man game and loved Into the Spider-Verse, then you can suit up as Miles Morales himself. There are Minecraft Spiderman skins for every type of spidey roleplay.

The best Minecraft Spiderman skins are:

If you’re after the classic blue and red suit, you can’t go wrong with the original Spider-Man. That’s not to say you can’t make this suit feel extra special by pairing it with Minecraft mods to add web shooters. 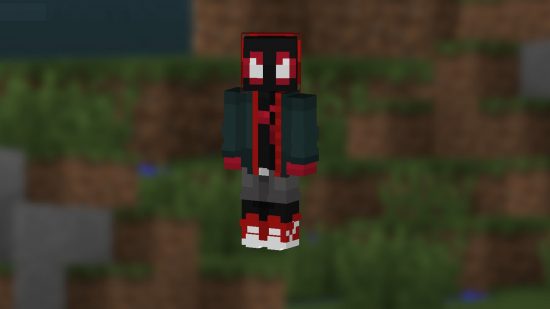 One of the best Spider-Man movies, Spider-Man: Into the Spider-Verse, features protagonist Miles Morales – a young teen living in Brooklyn, New York, who takes on the role of Spider-Man after the death of his predecessor Peter Parker. This Minecraft skin features the iconic green and red hoodie with the black and red Spidey suit underneath. 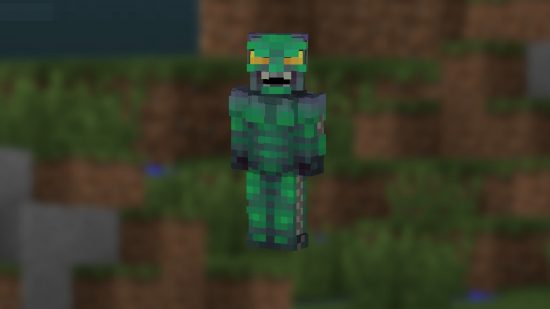 If you’d rather suit up as one of Spider-Man’s most notorious enemies, the Green Goblin skin is sure to frighten lurking creepers. It doesn’t come with the killer helmet or the snazzy glider, but it does feature an evil snare and those infamous glowing yellow eyes. 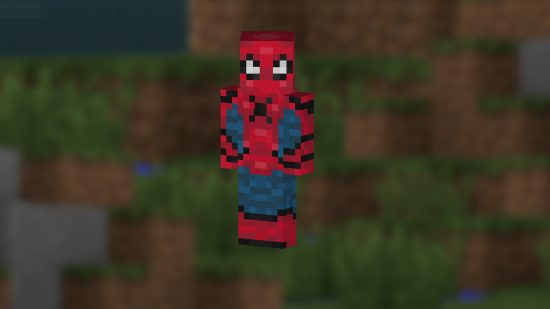 Although this Spider-Man Homecoming suit is only a tad different from the classic bright blue and red suit, it does add that deeper blue that Tom Holland’s Spider-Man is known for. 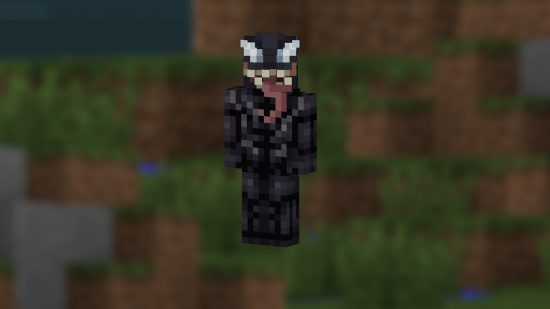 You could opt for the symbiote suit, but if you wanted to suit up as Venom in all his glory – complete with bulbous milky-white eyes and lizard-like tongue protruding from huge gnashers – then check out the Venom Minecraft skin. 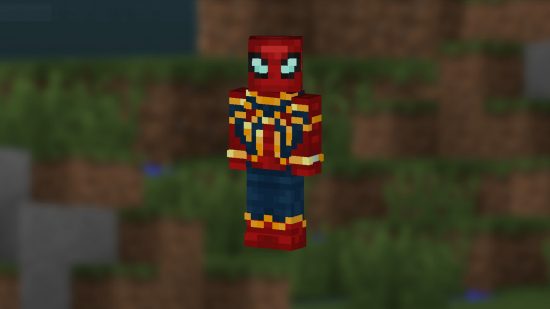 One of the coolest Spider-Man suits, also known as the No Way Home suit. Sadly, it doesn’t come with the protracting gold spider arms or the neat wings – but the gold and blue detail is exquisite, and you’ll surely be the envy of your pals.

Now you’re suited and booted, check out the best Minecraft seeds and Minecraft servers to show off your new Spider-Man skin. If you don’t fancy playing as Spider-Man or one of his enemies, there are plenty of other cool Minecraft skins to choose from.