Want to know about The Witcher 4 release date? CD Projekt RED initially confirmed the existence of a new game in The Witcher series via a press release in March 2022.

Since then, we’ve received confirmation that the upcoming title is the first instalment in a new trilogy, though it remains unclear whether it will follow the characters and events of the previous open-world games. While it’s safe to assume this new entry to the series won’t be called The Witcher 4, we’re going to call it that for now, for lack of a better, more official term. The closest we have to a title at the moment is its internal codename: Polaris. If it’s anything like The Witcher 3: Wild Hunt, it has the potential to be one of the best PC games ever, but let’s not get ahead of ourselves.

At the time of writing, there is no confirmed release date for a new Witcher game. Given how long it took Cyberpunk 2077 to release, we could be waiting a while. Our best guess is that we’ll have to wait until 2025 at the earliest.

There is also The Witcher Remake, which is a separate project being made by Fool’s Theory under CD Projekt Red’s supervision. However, it’s since been confirmed that the modernised version of Geralt’s first adventure will arrive after The Witcher 4, and will also be built in the Unreal 5 engine. It will also release after the current Cyberpunk 2077 DLC announced during The Game Awards 2022.

CD Projeckt RED’s press release announced that the new The Witcher game will use Unreal Engine 5 instead of the studio’s own proprietary REDengine – which is what it’s used for all past games until now.

This is part of a “multi-year strategic partnership with Epic Games,” which includes helping Epic “tailor the engine for open-world experiences, beginning with the development of the next game in The Witcher franchise.”

Make of that what you will. However, we since got a confirmation that The Witcher 4 will not be an Epic Games Store exclusive.

Other than confirming the medallion in the teaser is indeed meant to be a lynx, as a nod to the School of the Lynx, before this announcement, all we really had was a business strategy report from 2021. The studio revealed plans to start “parallel triple A development” in 2022, which will focus on their “two core franchises” – namely, The Witcher and Cyberpunk.

In the report, SVP of business development Michał Nowakowski explains “We’ll wait until much closer to our game’s launch before we start showing things like trailers, demos, or going in depth about mechanics”.

Previously, CD Projekt Red revealed that they plan to integrate “online experiences” into the next Witcher game, though joint CEO Adam Kiciński is clear that the studio’s focus on making “single-player, story-driven triple-A RPGs” isn’t changing, and that the online technology they’re currently developing will be “seamlessly integrated”.

Canis Majoris and Sirius are codenames that represent two upcoming titles set in The Witcher universe. CD Projekt RED refers to Canis Majoris as a “full-fledged Witcher game”, which was revealed as a remake of the first Witcher game.

While we don’t know much more for Sirius, CD Projekt RED have confirmed that it’s being developed by The Molasses Flood, the studio behind roguelike survival game The Flame in the Flood, as well as Drake Hollow, a co-op survival game. We’d hazard a guess that survival could potentially be the aim of the game in Sirius, but that’s just speculation. Regardless, CD Projekt RED claims Sirius “will differ from our past productions, offering multiplayer gameplay on top of a single-player experience including a campaign with quests and a story,” which is sure to pique the interest of many long-time Witcher fans.

There isn’t much more The Witcher 4 news to go on, but let’s focus on the positives. Despite what we were told even before the game released, we may not have seen the end of The Witcher 3’s protagonist, Geralt. “We are not killing the world and walking away from it,” Iwinski said to Polygon during a 2013 tech demo, “but we will definitely want to make this game the finale in a big way.” Tantalisingly, he added: “we might even include Geralt in later games, potentially.” Any more of the White Wolf is a win in our book. 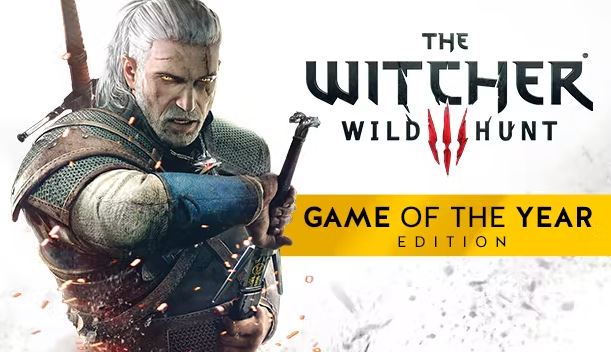 That’s everything we know about The Witcher 4 and the new Witcher games’ release date. While you wait, you can check out some other great RPG games available other than The Witcher 3.